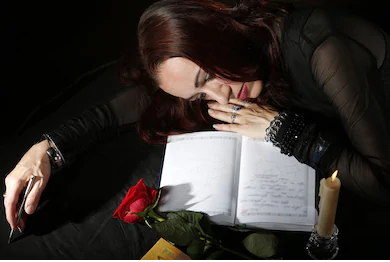 I’m not gonna lie to you, kid. We’ve hit a rough patch this year.

It started to spiral when we first learned of Grandma’s cancer. That one felt unfair and unbearable. You see, she had just put a down payment on a local apartment which would have made her life a little easier and put her closer to her daughter and us grandkids.

Two months after her diagnosis, she passed away.

My husband and I had vacation plans during this time. We decided not to make any changes because Grandma would have shaken me silly if I cancelled plans and lost money on hotel reservations. So we celebrated her funeral hundreds of miles away.

Two days after returning home, we received an Eviction Notice in the mail.

You can’t make this stuff up.

Our current landlord was selling the unit we rented – which we knew of course – and the new owners told us to vacate the premises. I guess they let our neighbor stay though. It would have been a great situation if WE had purchased the unit, but it was wildly out of our budget. And clearly, the landlord was out to make an easy profit since they literally did NOTHING to repair the place. I’m talking unraveling carpet everywhere, cracked paint, drafty windows, peeling linoleum, leaking faucets…

That’s how tough the housing market is though. You’re going to pay out the ass for a dump. That’s why we’ve been hunkering down in a rental.

By the grace of God, my sister’s house was still up for sale. She pulled it off the market and offered to let us quick-rent until we could get back on our feet. It was a stressful time. We would look into buying her place, but it’s a bit smaller than our rental unit even.

The first night at their AirB&B, his bike gets stolen.

We just dumped hundreds of dollars in maintenance repairs into the bike which I’m still paying off on the credit card and we don’t even have a bike to show for it. Poor Hubby is stranded. He calls me at 3am absolutely wrecked. They have to call their trip short and he rides on the back of his friend’s bike all the way home.

What next, you ask? We’re wondering the same. By now, we’re totally spent. Nerves are short. Empathy is at an all time low. We’re taking it day by day, nice and slow, just trying to repair.

I don’t usually question God too much. It’s not really his fault. Think about it: You build a paradise, create some adorable monkeys to take care of it, and they go and wreck everything bringing disease and rot into your garden. This isn’t a sermon, but that’s my dogma. God spun the world into motion and gave it to humans to care for. We are accountable for our own mistakes and the mistakes of our forbears. God is gracious, but not a magic genie to lift us out of our mess every time.

Because it’s our mess, isn’t it? We should clean it up.

But conveniently, my sister’s house was available and she was gracious enough to rent to us.

That’s God moving if I ever saw it.

Even though our situation sucks, I consider it an honor to help others in need. So when our struggling single-mother friend asked to borrow my car because hers needs emergency repairs, of course I said yes. She stood at the door and knocked, and God said “I know a gal who’s working from home and has a spare vehicle. I’ve got you covered, child.”

And while God doesn’t always deal in miracles, the next day, my friend’s car was repaired ahead of schedule.

And the mechanic offered to let her pay half now and half later.

And then her boss drops cash on her desk to cover it all.

And just as a little reward, my supervisor calls me and says she’s going to temporarily remove a stressful client package off my plate until I get more comfortable in this new role. Because I was really struggling, y’all.

If you want to help in some small way, you are welcome to buy us a coffee on my donation page Ko-fi-FanTC. Do not feel obligated at all. We’re doing fine. We both have secure jobs and we’ll climb back up soon enough.

Thank you for listening.

Search by Category or Tag